‘A kind of coup in the middle of London’: Myanmar’s envoy to UK says he was LOCKED out of embassy 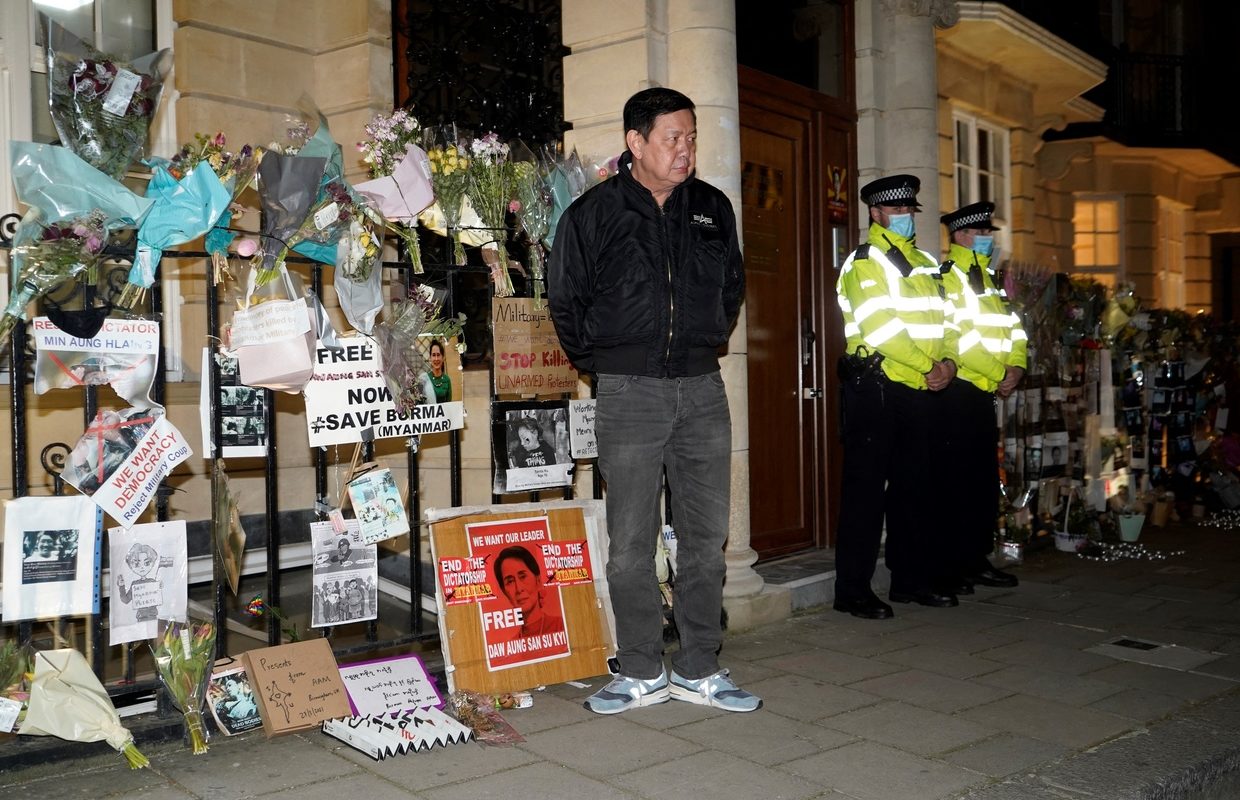 Myanmar’s ambassador in London is reportedly seeking the assistance of the UK’s Foreign Office after being kicked out of his home by a deputy acting on behalf of their country’s new military ruler.

The envoy, Kyaw Zwar Minn, spent the night in his car after he and members of his staff were told to leave the embassy by Myanmar’s military attache.

Photographs show Metropolitan police officers standing guard outside the diplomatic compound as the ousted ambassador attempted to gain entry. Protesters also gathered outside the embassy after news spread that the envoy had been evicted. The Met acknowledged in a statement that officers were at the scene but that no arrests had been made.

Kyaw Zwar Minn described his removal from the embassy as a “kind of coup, in the middle of London.” He told the media that he had been “locked out” but insisted that “this kind of coup is not going to happen.”

Deputy Ambassador Chit Win is believed to have assumed control of the embassy on behalf of the military government, which seized power in February.

Last month, Kyaw Zwar Minn called for the release of civilian leader Aung San Suu Kyi, who was detained by the military during the power grab. The ambassador, a former colonel, stressed though that he was standing on the “middle” ground over the political dispute.

The deposed envoy is reportedly hoping for an intervention from the Foreign Office. The UK government department told the BBC that it was seeking “clarification” on the current status of the Myanmar ambassador.

The unusual diplomatic tussle comes amid ongoing pro-democracy protests against Myanmar’s military government. A brutal crackdown on the demonstrations has reportedly killed more than 500 people, including dozens of children.