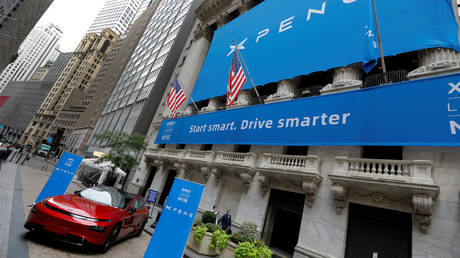 The number of new investors on China’s mainland stock market increased by 18.02 million last year to 177.77 million, according to China Securities Depository and Clearing. Some Chinese stocks were the best performing in the world.

Data from the organization, which handles trades for the Shanghai and Shenzhen stock exchanges, showed that around 1.5 million new accounts have been added a month. In December alone, the mainland stock market recorded 1.62 million new investors – double the 809,300 reported a year ago.

The surge of interest came as people around the world turned to stock trading while being stuck at home due to the Covid lockdowns.

China’s Shenzhen component surged 38.7 percent and the CSI 300 Index, which tracks the top-300 stocks on the Shanghai and Shenzhen exchanges, rose by 27.2 percent in 2020. To compare, the S&P 500 Index, which measures the stock performance of 500 large companies listed on stock exchanges in the United States, saw a 16.26 percent gain.

According to Ernst & Young, mainland China and Hong Kong accounted for 40 percent of the world’s initial public offerings last year. The Shanghai Stock Exchange ranked first in the world, with 233 IPOs, it said.

Investors were also eager to buy stocks in Hong Kong, where many of China’s biggest and most popular companies, like Tencent, are listed. Chinese markets continued to see strong gains this year, with the Shanghai composite hitting a five-year high on Thursday.

The Shenzhen component climbed another seven percent this year from its 2020 gains and the CSI 300 has soared to levels not seen since January 2008.