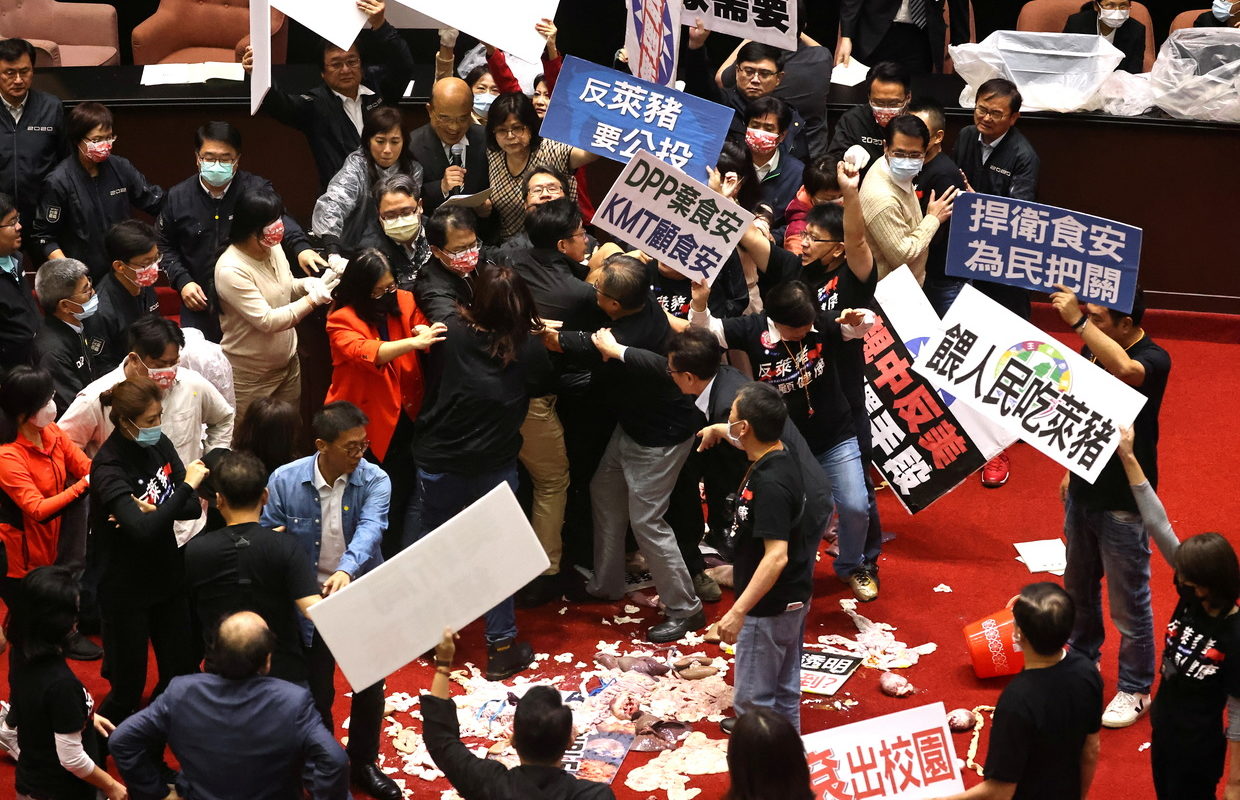 Fistfights broke out in Taiwan’s legislature as opposition party lawmakers began throwing pig organs in protest against an upcoming policy change which will allow pork and beef imports from the US.

The opposition Kuomintang MPs dumped what looked like kilograms of pig guts on the floor and the tribune on Friday, while some legislators were also loudly sounding off with airhorns. The protest was staged to delay the nation’s premier Su Tseng-chang from giving a scheduled report about the import policy shift.

Members of the ruling Democratic Progressive Party (DPP) tried to stop the protesters, which resulted in an all-out brawl.

The current administration of the DPP president Tsai Ing-wen lifted a ban on American meat imports, which was perceived by some as a step towards a bilateral trade agreement between Taiwan and the US. When finally able to give his speech, premier Su commented on the two nations growing closer, saying, “The US is the most powerful and supportive of Taiwan’s friends.”

Su also stressed that the government will be able to keep the public safe, while opening up to new imports amid the worldwide Covid-19 crisis.

Earlier this month the ban’s lifting sparked public protests, due in part to it allowing for imported pork to include residues of ractopamine, an animal feed drug which is banned in Europe but used by some American farmers.

In response to the concerns around the issue, Su announced new measures of close supervision of the imported meats “from customs to the kitchen”. They will include, product number tracings, market audits as well as physical batch inspections.