‘You went off the rails into insanity’: BAFTA takes heat online for imposing diversity quotas for Games Awards contestants 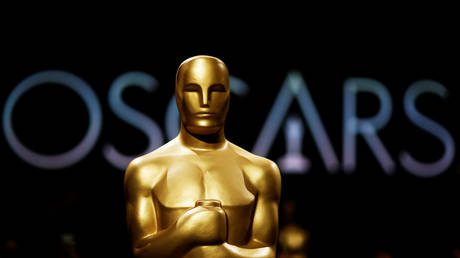 BAFTA has obliged all entrants to its 2021 best British PC and video games contest to ensure the right proportion of ethnic minority, LGBT, and deaf and disabled people in the game plays, prompting some eye rolling.

Following its long-standing pattern of safeguarding tolerance and diversity, the British Academy of Film and Television Arts (BAFTA) unveiled new guidelines for applicants to next year’s edition of the Games Awards – the highest honor in British gaming.

Developers competing for the prize must make sure that “at least one of the lead characters” in any PC or video game entered comes from an under-represented background. The total roster of playable characters should also include a 50-50 ratio of males and females, as well as 20 percent ethnic minority, 10 percent LGBT and 7 percent deaf and disabled people.

The #BAFTAGames Awards is open for entry! The Awards will take place in March 2021 and for the first time, we will be piloting @BFI Diversity Standards in the British Game category. Find out more https://t.co/B9cGOvsxUG

In order to be considered for the award, a game must also feature a “significant amount of characters” who are “from a lower socio-economic background.” The diversity standards apply not only to storylines, locations, and casting decisions, but also to developers’ employees.

“Anyone with a UK game project at any stage of development and production is strongly recommended to engage with the standards as soon as possible, and to consider what changes can be made to meet as many of the standards’ criteria as possible,” adds BAFTA.

The Games Awards ceremony will take place next March, but applications opened on Thursday, giving game-makers several months to try to win the favor of BAFTA jury. However, the organization itself seems to have failed in its bid to win the support of some in its the online audience.

The commentators accused the British Academy of trying to forcibly instill diversity into the male-dominated game industry, asking: “Who takes the BAFTAs seriously anymore?”

Who takes the BAFTA's seriously anymore?

I mean this is just trying to FORCE diversity & inclusion into an industry, that at best, has a majority of males working in it!

This isn't going to affect any developers, that actually make GOOD games!

Others urged BAFTA to make “what the public wants, not what you want to cram down our throats.”

We don't need an SJW *film and television* organization like BAFTA further infesting an already infected gaming industry in some play for "greater diversity and inclusion" or whatever they're peddling. FCOL, make what the public wants, not what you want to cram down our throats.

There were those who were enraged by the diversity quotas. “BAFTA, you have officially went off the rails straight into insanity,” one netizen wrote, calling it the “stupidest thing I have EVER read.”

Gaming-savvy users listed a number of key franchises – among them, Doom, BioShock and the Witcher – and wondered if their immensely popular products matched every BAFTA criteria. Some, in contrast, called the hotly debated guidelines “careful and considered.”

Am I right that games from the Witcher, Deus Ex, Elder Scrolls, DOOM, Bioshock and Dishonored franchises don't match every criteria? WTF are you doing.

The pilot program will affect just one award in the 2021 Games Awards. However, BAFTA CEO Amanda Berry made it clear that the plan is to roll out the BFI Diversity standards to other categories in the future.

BAFTA has already skated on thin inclusivity ice in recent years, unveiling similar quotas in two of four areas, namely, on-screen cast, off-screen crew, industry access, and audience development. Their US counterparts followed suit earlier this year, pledging to ensure even more diversity in the Oscars and setting up an ‘inclusion and equity’ office.