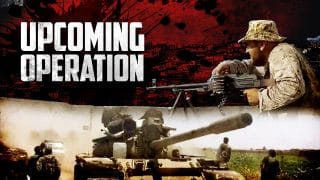 ..from SouthFront The situation in northwestern Hama and along the entire contact line around the Idlib de-escalation zone has remained stable but tense during the past week. The Syrian Arab Army, the Tiger Forces and their allies have repeatedly engaged in local clashes with Hayat Tahir al-Sham (formerly Jabhat al-Nusra) and other radical groups. However, […] Source: VT