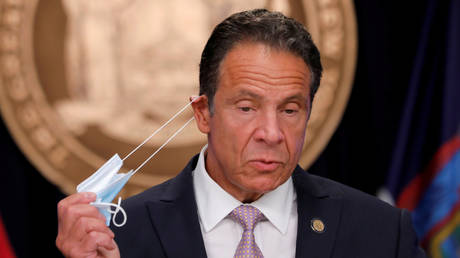 “Mayor de Blasio and Chancellor Carranza have continued to fail our children time and time again,” Borelli said in a Saturday statement following a Friday evening filing in Manhattan federal court. “Even though they had six months to prepare for this school year, they failed to do so and our children are forced to pay the price.”

Mayor De Blasio recently shuttered all schools, citing the city hitting a positivity rate of three percent on a rolling seven day average as his reason.

Borelli, who is also involved in a class action lawsuit filed last month in Richmond County Supreme Court to reopen schools, said remote learning has “proven to be a failure” and is depriving children of a proper education.

James Mermigis, one of the three lawyers representing the plaintiffs, called the decision to close schools “just another example of the random and arbitrary decisions that are being made in Albany and City Hall.”

“Incompetence at the top is unacceptable,” he added.

Last night, we filed our 2nd lawsuit in an attempt to keep in-person learning @ #NYC schools. The DOE has done a good job, yes a good job!, keeping children & staff safe in school buildings & the medical & scientific consensus is that schools are not super spreaders. pic.twitter.com/s00Bj2sCSD

We do know that we are doing irreparable harm to students & that remote education is simply not working. It was a good fix in the spring, but kids can’t go an entire year without real school. Our 2nd suit is in fed court, on top of our original in NY state supreme ct in Richmond.

The closing of New York City schools has come amid multiple pandemic restrictions placed on the city and the state as a whole, with Gov. Andrew Cuomo having recently announced a curfew for businesses for instance.

The closure came on Wednesday after hours of uncertainty, leaving many parents scrambling to make plans for childcare.

Borelli is just one of many local officials to slam the mayor’s decision, with critics citing restaurants remaining open as hypocritical.

Gov. Cuomo added to confusion during a Wednesday press conference when he got in a shouting match with a reporter asking if schools would be closed and he insisted there should be no “confusion” and they are remaining open under the law. Minutes later, he was informed De Blasio had announced the three percent threshold being reached and ordered that schools close.

Gov. Andrew Cuomo (D-NY) mocks and argues with a TV reporter during a testy exchange today about school openings: “What are you taking about?” pic.twitter.com/jMrDFbiyTe

De Blasio said on Thursday the city is working on a plan to reopen schools, which will include “increased testing” for students.

We all want to bring our schools back. We need to reset the equation to keep our schools safe. We are working on a new standard, including increased testing, to bring students and staff back safely.