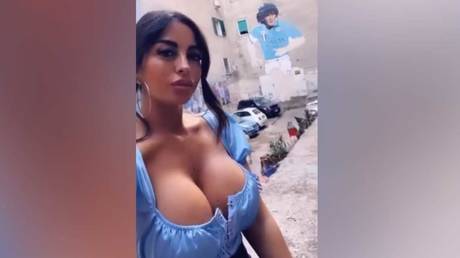 Widely considered one of the best footballers of all-time, Argentina’s World Cup-winning idol Diego Maradona turned 60 on Friday, but he’ll be remembered as much for his many controversies as he will for his incredible play.

Before the emergence of Lionel Messi and Cristiano Ronaldo, Maradona was perhaps the only player who could truly rival Pele’s claim to being the best player in the history of the sport.

A livewire with the ball at his feet, he combined unrivalled skill, explosive acceleration and an impressive degree of physicality for a player of his small stature to carve through defenses for fun – and an afternoon of looking at his highlight reels is time well spent.

Maradona won honors with Boca Juniors and Barcelona, and he’s still revered at Napoli for winning two Serie A titles and the UEFA Cup during his time there.

His crowning achievement was leading Argentina to the 1986 FIFA World Cup, which cemented his remarkable legacy.

Few could keep up with Maradona on the pitch, and the same has often been the case off it, too.

Here, we take a look at some of the legend’s wildest moments.

The riot at Barcelona

Maradona only spent two seasons at Barcelona after signing for them in a then-world record £5 million ($7.6 million) move in 1982 – and he was injured some of that period – but it’s safe to say he made an impact during his time there.

He scored 38 goals in 58 games for the club, winning the Copa del Rey, Copa de la Liga and Supercopa de Espana in 1983.

His last game for them – in the 1984 Copa del Rey final – was his most memorable, though.

After Barca lost 1-0 to Athletic Bilbao in a tempestuous game in which Maradona had been racially abused by the crowd, he retaliated with a headbutt after Miguel Sola aimed a provocative gesture in his direction before proceeding to elbow, kick and knee his way through the Athletic side.

The ensuing mass brawl sparked a riot among the 100,000 fans attending the game in the Santiago Bernabeu, and 60 people were injured when supporters began throwing objects at those on pitch level.

Drugs, prostitutes and the Mafia at Napoli

Maradona transferred to Napoli for another world-record fee (£6.9 million/$10.48 million) soon after, and while he had a much more successful time there, it wasn’t without controversy.

It was during his stint at the Stadio San Paolo that his cocaine habit – which he allegedly began at Barcelona – went unchecked, with his teammates said to have stepped in at random to provide urine for him whenever he was selected for a drugs test.

He was eventually given a 15-month ban from the sport after failing a test in 1991, which ended his time at Napoli in ignominy.

Maradona was allegedly supplied the drugs during his time in Naples by the Camorra – a Mafia organization operating out of Campania – who also kept him occupied with prostitutes.

It’s said his failed test came after the Camorra withdrew their support for him – after a police investigation into Maradona’s links to them became too high-profile – and his teammates were no longer willing to urinate on his behalf, forcing him to take the test himself.

The Hand of God

Maradona scored some astonishing goals in his time, but the defining strike of his career was undoubtedly the ‘Hand of God’ he scored against England in the quarterfinal of the 1986 World Cup.

The playmaker broke the deadlock in the game – which Argentina went onto win 2-1 – when he raced onto a failed attempt to clear the ball by England’s Steve Hodge and knocked the ball past onrushing goalkeeper Peter Shilton with his hand.

Throwback to the 'Hand of God' goal by Maradona during the 1986 World Cup.

That Maradona used his hand was missed by the referee, who allowed the goal to stand after consulting his linesman.

The Argentinian’s second goal in the game four minutes later – an incredible solo effort in which he picked up the ball in his own half and slalomed past five Three Lions players before beating Shilton – was voted by FIFA as the greatest goal in World Cup history, but his first was perhaps the most infamous ever scored.

#OnThisDay in 1986, Diego Maradona beat England on his own with the greatest goal ever scored.

(Also featuring the greatest piece of commentary ever by Victor Hugo Morales.) pic.twitter.com/m4ivWuJzvj

Just before his 60th birthday, Maradona couldn’t resist another dig at England when asked what he would like as a wish, answering: “I dream to score another goal against the English, this time with the right hand.”

Maradona’s illustrious international career – in which he also took La Albiceleste to the World Cup final in 1990 – ended in disgrace when he failed a drugs test for a second time.

He played twice for Argentina in the tournament in the United States, producing one of the most iconic images of the competition with his manic eye-bulging celebration after scoring against Greece in what would be his last game for his country.

On this day at USA 94, Argentina beat Greece 4-0 with Maradona scoring one of the goals of the tournament. Pity then it was his last ever World Cup action – think the celebration says it all #ARG #WorldCup #Keepit90s pic.twitter.com/xY8ttj5smb

Maradona tested positive for the banned stimulant Ephedrine, which ended his stay at the tournament and caused him to receive a second 15-month drugs ban.

He has since produced two different explanations as to why it was in his system.

In his autobiography, he alleged the chemical was present in the American version of the Rip Fuel energy drink, which was given to him when his supply of the Argentinian version ran out.

He has also separately said FIFA went back on an alleged deal they had with him that allowed him to use Ephedrine for weight loss.

Maradona went onto manage Argentina at the 2010 World Cup, guiding them to the quarterfinals, but his support for them from the stands at the 2018 edition was perhaps more memorable.

He attended all three of La Albiceleste’s group matches in Russia, and from the stands he could variously be seen appearing to fall asleep, dancing with a woman, celebrating wildly to the heavens and aiming his middle fingers at fans.

Rewind to the world cup 2018 when Maradona was having a better time than everyone else! pic.twitter.com/t4DjImgoUC

He also required medical treatment after almost collapsing after Argentina’s 2-1 win over Nigeria.

Maradona denied reports he had to be hospitalized and later attributed his state to binge-drinking too much wine.

Shortly after the 2018 World Cup, the no. 10 arrived at Dynamo Brest, having been appointed as the Belarusian club’s chairman.

He did so in his own unique style, being paraded through the streets in an enormous military vehicle.

By rolling through the city in a MONSTER TRUCK! 🚗💨 pic.twitter.com/luSUjCPFfH

Maradona signed a three-year deal to serve as Dynamo’s chairman, but just two months after his presentation at the club he joined Mexican side Dorados as a coach.

He managed them for nine months and is now in charge of Gimnasia de la Plata in his native Argentina.