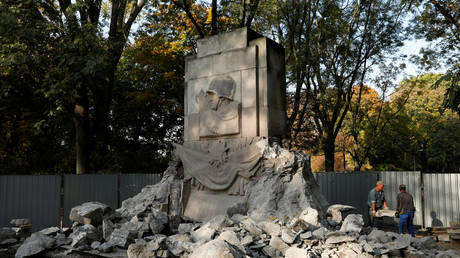 Polish allegations that Russia planted TNT aboard the plane of President Lech Kaczynski that crashed in 2010 are a figment of their imagination, Moscow said, advising Warsaw to listen to the pilots’ communications again.

This investigation “has become the Yoknapatawpha County of modern Poland,” she said, referring to a fictional territory in Mississippi where the events of most novels by American writer, William Faulkner, took place.

Polish investigators claim that the Tu-154M airliner, carrying 96 people – including Kaczynski and other top Polish officials, crashed near the Russian city of Smolensk on April 10 – 2010 due to a blast on board. The explosives that caused it were allegedly planted on the plane when it was undergoing repairs in Russia, according to the probe, headed by country’s former Defense Minister, Antoni Macierewicz.

Zakharova advised the officials in Warsaw to read or listen the transcript of the communications of the Polish presidential plane’s pilots instead of inventing unsubstantiated accusations against Moscow.

The head the Russian parliament’s Foreign Policy Committee Leonid Slutsky also said that the Polish probe was “nonsense” and just an attempt to “capitalize on Russophobia and score points” with the EU and the US.

Russia’s Investigative Committee pointed out that no traces of explosives had been found in the debris of the ill-fated plane.

Both Russian and Polish investigations in 2011 concluded that the reason for the crash of Kaczynski’s plane was the captain’s reluctance to switch to an alternative airport despite bad weather conditions in Smolensk and mistakes made by the crew during the landing,which was performed in low visibility. That version was backed by the records of the pilots’ communications and other evidence. The Polish report also held Russian air traffic controllers responsible.

But the country decided to launch a new probe into the incident in 2016 after Andrzej Duda became president, seeking to play the anti-Russian card in order to strengthen relations with the US. The investigators went as far as exhuming the bodies of Kaczynski and other victims in order to somehow prove the theory of an explosion aboard, which had even been refuted by a number of experts in Poland.