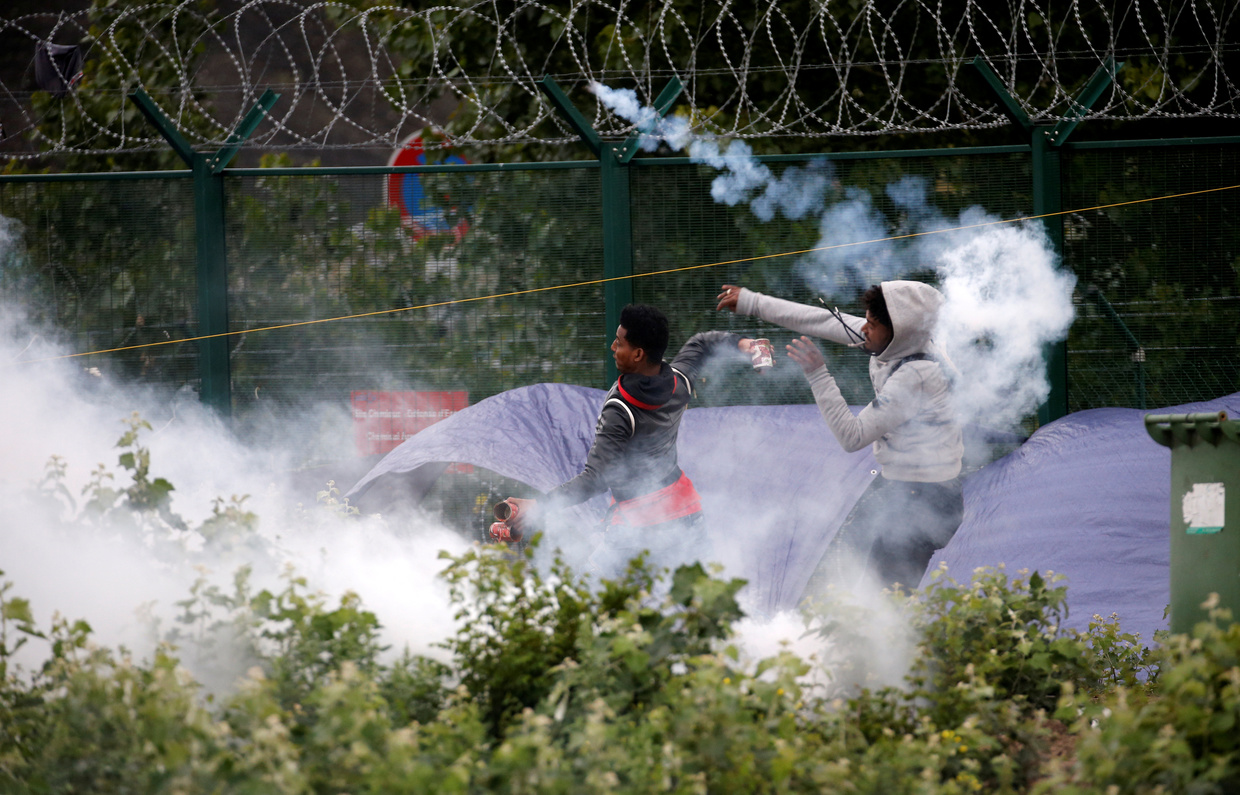 French police have torn down a migrant camp in Calais, arrested 20 people and sent over 500 residents of the makeshift shelters to reception centers. It was the first operation of its kind in months.

The operation began at 5am at the Dunes industrial area of Calais, and “took place in peace,” the prefecture of Pas-de-Calais said in a statement, although Reuters photographs show tear gas being deployed and men throwing objects at the police.

The infamous Calais ‘jungle,’ once home to 9,000 people, was officially shut down in 2016, but migrants continue to set up camp there. The Dunes camp is nicknamed the ‘Big Jungle’ because it is the largest one in the area. Since the European Union eased Covid-19 border restrictions, more people are gathering at the French port town in the hope of reaching the United Kingdom via the Channel tunnel.

There are about 1,200 migrants in Calais, largely from Afghanistan, Eritrea, Iran and Sudan, according to charities which contradict official numbers of between 700 and 750. They are based in several camps mostly on the outskirts of the city and are thought to include about 100 unaccompanied minors.

About 200 Afghans and Iranians have set up tents near the hospital and a group of Eritreans camp near the stadium, according to InfoMigrants.