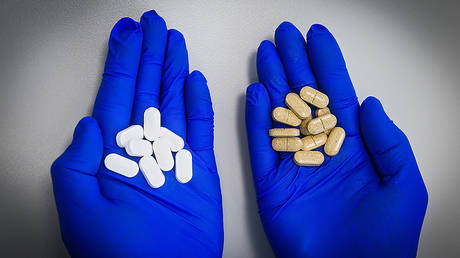 Almost half of all Russians had no money saved when Covid-19 hit the country, according to a new survey, with only 26% of the population having enough to survive self-isolation if all sources of income were stopped.

The study, conducted by Russian analytical center NAFI, reported that 46% of all respondents said they had encountered financial difficulties during the lockdown period.

The fact 45 percent of Russians have no savings is not significantly different to the numbers seen in other developed and emerging economies. According to a May 2020 study by SimplyWise, four in ten Americans would not be able to come up with $500 in cash in a single day if they needed to.

According to NAFI polls conducted in February and March, 42% of Russians could continue to live normally for a month if their primary income source was stopped, without needing to take out a loan. If extended to three months, that number was reduced to 26%. On average, Russians had enough savings for only 63 days without work.

On Monday, Russian Prime Minister Mikhail Mishustin announced that the number of people officially unemployed had increased more than 3.5 times since April 1, but he believes that the country avoided a complete disaster by managing to swiftly adapt to remote working.