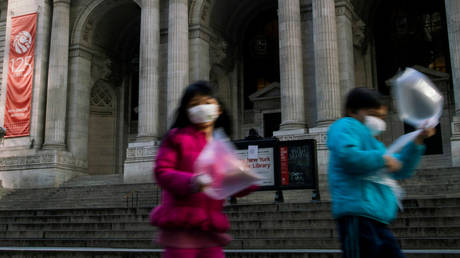 As Pennsylvania’s health secretary faces harsh criticism and calls to resign over her policy ordering Covid-19 patients to return to nursing homes after leaving hospital, she has admitted to moving her own mum out of a care home.

Dr Rachel Levine revealed when asked by reporters that her mother was moved out of her personal care home when the pandemic began – though she defended herself by saying that she was simply following the wishes of the 95-year-old woman, who wanted to move.

This comes as she faces criticism over pushing for a policy that obliges nursing homes to take back long-term care patients who had been hospitalized with Covid-19 after being discharged from hospital. Nursing home residents have accounted for 2,529 of the state’s 3,707 reported Covid-19 deaths, according to official state figures – over 68% of the total coronavirus death toll in Pennsylvania.

Critics have said that Levine’s policies directly contributed to this appalling figure.“Our secretary of health, Dr Levine, decided that it would be good to allow Covid-positive patients to be returned to elder-care facilities. And as a result of that, it broke out like fire,” said one of Levine’s long-term critics, Republican Senator Doug Mastriano.

There were protests calling for Levine’s resignation on Monday, and one more is planned for Friday, which will demand that the entire state administration step down following the perceived mishandling of the crisis.

A class-action lawsuit has also been filed against the Pennsylvania Department of Health, alleging it failed to oversee long-term care facilities amid the coronavirus outbreak.

In her defense, Levine said that all states have experienced outbreaks in nursing homes, and she does not believe her actions were “misguided” in any way. The situation with care homes is not unique to Pennsylvania, though. New York governor Andrew Cuomo has similarly faced harsh criticism for his order forbidding care home operators from testing patients prior to their readmission to their facilities. New York has also seen over 3,000 coronavirus-related deaths in its care homes, with the elderly particularly hard hit by the outbreak of the virus.