Victory but criticism for Russian hockey stars in Beijing 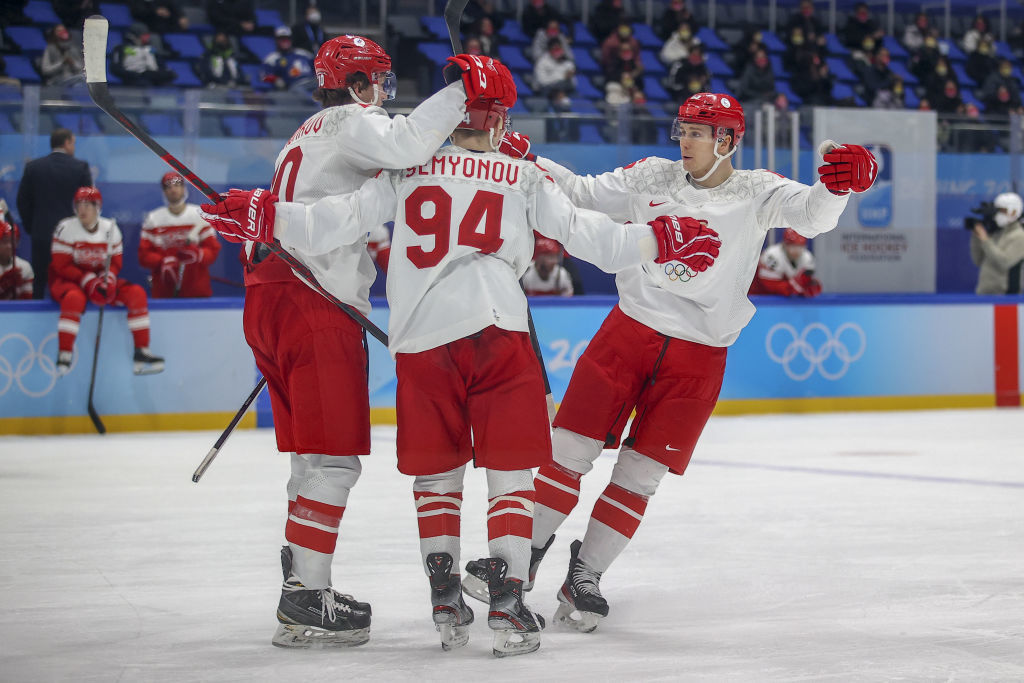 Team ROC is celebrating its second victory in Beijing, registering a hard-fought win against lower-ranked Denmark

The Russian Olympic Committee (ROC) men’s ice hockey team have started their title defense with victories in their opening games against Denmark and Switzerland, but have not been immune to criticism in the process.

Despite two wins and placing first in the current standings, the squad has been subjected to barbs for unimpressive offensive actions and a lack of goals against their opponents, neither of whom are considered top hockey nations.

On Friday, Team ROC defeated Denmark 2-0, hitting the second goal into an unguarded net as the Danish players had an extra player attempting to tie the score.

After a goalless first period, the reigning Olympic champions managed to break the ice in the 29th minute with the help of Pavel Karnaukhov, whose shot reached its target.

The score then remained unchanged until the very end of the game, when the Danish squad swapped their goalie out for a sixth player.

Kirill Semenev intercepted the puck to double the Russian lead with just 50 seconds remaining to play in the third period.

This meant Team ROC celebrated its second straight win, after beating Switzerland 1-0 in the opening match.

Russian coach Alexei Zhamnov said he was not satisfied with the players’ actions, as they had failed to stick to the tactics chosen for the game.

“On the whole, my impressions from the game are not good. I didn’t like that the players failed to fulfil the task they were given,” Zhamnov said.

“We told the players to control the puck and focus on holding it in the offensive zone. They didn’t fully cope with that task,” he added.

The Russians, who traditionally have a powerful offensive lineup, were lambasted after the two games, having scored just three goals against opponents who are not considered favorites.

The players were also criticized for a poor power-play display, failing to convert a one-man advantage for two games in a row.

Russia will next face the Czech players, who were beaten by Denmark 1-2.