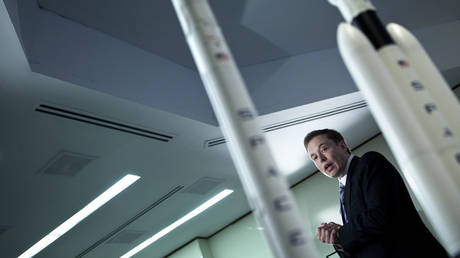 The International Space Station (ISS) was forced to adjust its orbit on Friday to avoid space debris left over from a US spacecraft, the head of Russia’s space program announced.

The potential hazard was identified as a fragment from an American rocket launched in 1994, Dmitry Rogozin, the general director of Roscosmos, said at an appearance at the ‘Space Integration’ forum of the Eurasian Economic Union.

“Five minutes ago, the ISS swerved away from American space junk, remains from the carrier rocket Pegasus,” he reported. He had previously announced that the space station would be executing the maneuver at 10:58am Moscow time. Roscosmos specified that it would be done using engines from Progress MS-18, a cargo spacecraft used to supply the station.

Rogozin said the thrusters fired for 161 seconds and reduced the height of the space station’s orbit by 310 meters. He also noted that the move would not affect plans for the launch of Soyuz MS-20, a Russian spaceflight scheduled for December 8, which will bring two space tourists to the ISS.

Last month, the US condemned a Russian anti-satellite test that officials said forced crew members on the ISS to scramble for safety. The anti-satellite missile, which successfully hit a Russian satellite, created a debris field in low-earth orbit that US Space Command said was likely to be a hazard. American authorities called it a “reckless and dangerous act.”

Later in November, Roscosmos announced it was tracking a fragment from a rocket launched by SpaceX, billionaire Elon Musk’s space transportation company. Russian mission controllers said the piece of debris would swing near the ISS, but that it would not be a danger to those on board.