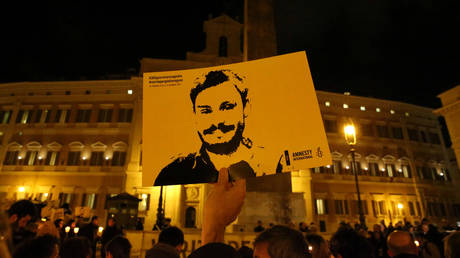 The French government has announced reaching a deal with Cairo to sell dozens of warplanes to its Middle Eastern ally, giving Abdel Fatah el-Sisi’s cabinet more firepower in its fight against Islamist militants.

Armed Forces Minister Florence Parly confirmed the deal on Tuesday, noting the “strategic nature of the partnership” between the countries and saying that the agreement would secure 7,000 jobs in France over three years.

“Our two countries are resolutely committed to the fight against terrorism and work for stability,” Parly added, referring to Egypt’s ongoing fight with Islamist militants.

The Egyptian military’s statement on the deal specifies that the purchase will be made via a 10-year loan.

The deal was announced by the Egyptian armed forces in a statement published overnight on Monday. “Egypt and France have signed a contract for the supply of 30 Rafale planes,” the statement read. The announcement came a few hours after investigative journalists at Disclose revealed that a contract had been signed.

The jets will be delivered by 2024, joining Egypt’s first acquisition of 24 Rafale warplanes, signed in 2015. After the latest batch of aircraft have been delivered, Cairo will be the second-largest operator of the jet after France, Rafale said in a statement.

The deal has already been criticized by many who claim that Sisi’s rule has inflicted the worst repression in decades in Egypt. “By signing a mega-arms contract… France is only encouraging this,” said Benedicte Jeannerod, Human Rights Watch director for France.

Sisi, a former army field marshal, has waged war on Islamist militants in the Sinai Peninsula since coming to office in 2014 in an attempt to end an enduring conflict which has seen the deaths of many Egyptian security personnel and civilians.