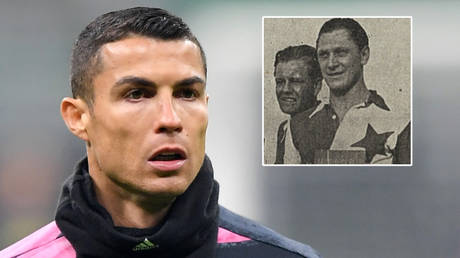 Football superstar Cristiano Ronaldo has turned down a lucrative offer to apply his golden touch to a series of “Welcome to Arabia” commercials, according to reports that also say Lionel Messi has been approached for the campaign.

Barcelona striker Messi – the most marketable player in the world alongside fellow icon Ronaldo – has been offered the same deal of around $7.3 million a year after the Juventus talisman turned the proposal down, The Telegraph has claimed.

Leo Messi Management are said to have declined to comment on the prospect of the Argentina hero taking up the opportunity, planned as part of a “Visit Saudi” drive that the report described as “pushing hard” to attract tourists “against a backdrop of international scandal over its human rights record.”

Messi would make visits to Saudi and have his image used in promotional material should he sign up to the project, which purportedly states that a visa must be secured in advance of traveling to the kingdom.

Here's some pics of Messi in Saudi Arabia, Riyadh. pic.twitter.com/25V01Ki9

The eyes of the world have been on Saudi Arabia as it has paid huge sums to host major sporting events in recent years, reportedly paying more than $38 million for the rematch between Anthony Joshua and Andy Ruiz in December 2019.

Heavyweight champion Joshua, who is one of the UK’s sporting poster boys, subsequently backed Saudi despite accusations of “sportswashing”.

When the Spanish Super Cup took place in Jeddah last year, Messi’s then-manager, Ernesto Valverde, admitted that the club had joined Real Madrid, Atletico Madrid and Valencia at the far-flung tournament “because of the money”.

@Cristiano 's new advertisement for Mobily (Saudi Arabia):
It Says: 'Top Speed Wherever You Are' pic.twitter.com/oaEOOMM1mp

Messi had previously played a glamour friendly with Argentina against Brazil in Riyadh, being pictured with Turki Al-Sheikh, the leader of the country’s “general entertainment authority”.

Human rights groups have criticized Joshua and the decision by Formula One to stage a grand prix in Saudi Arabia, which is set to take place in November.

There was controversy and a blazing row last year when the Premier League blocked the purchase of English Premier League side Newcastle by Saudi Arabia’s Public Investment Fund, with the wife of Saudi journalist Jamal Khashoggi, who was murdered in 2018, imploring bosses not to let the deal proceed.

Messi and Ronaldo rake in huge sums each year from contracts with a plethora of brands. Figures last year suggested that the Portugal captain would become the first footballer to become a billionaire during his career.