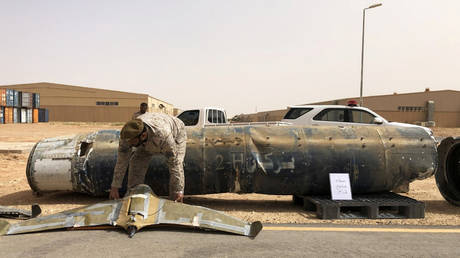 Former British war reporter and lawmaker Martin Bell said the UK must stop selling arms to Saudi Arabia because the desert kingdom’s military coalition is indiscriminately bombing civilians in its war with Houthi rebels in Yemen.

“The moral imperative is so great that if there is a cost to the economy, I think it has to be borne,” Bell told Afshin Rattansi, host of RT’s “Going Underground” program, in an interview on Friday. “We claim to be a civilised people. Why are we arming . . . the gang that can’t shoot straight?”

Bell, who is currently UK ambassador to UNICEF, made his comments after the virtual G20 Leaders’ Summit kicked off in Saudi Arabia. Although the event will focus largely on the Covid-19 pandemic, Bell said delegates won’t be doing their jobs if they don’t bring up the incessant bombing of Yemen and resulting humanitarian crisis.

The UK government resumed arms sales to Saudi Arabia in July, after determining that there were only “isolated incidents” of bombing civilian targets in Yemen, but Bell said there was a pattern of “indiscriminate attacks, of targeting going wrong.” He added that the sales should be halted again, pending an international inquiry, likely by the UN, regardless of how much money is lost to the UK economy.

“However much it costs us, the moral cost is too high,” Bell said. He added: “We claim to be a civilised nation. Civilised nations should not be doing what we’re doing. And we’re not the only one.”

Although he’s been a witness to 19 wars over the past half century, Bell said he’s “still haunted” by what he’s seen in Yemen. Even with millions of people at risk of starvation amid famine and civil war, he said it has been difficult to bring media attention to the humanitarian crisis in a year dominated by Covid-19.

“The conflict in Yemen has been fought in a context of international darkness,” Bell said.