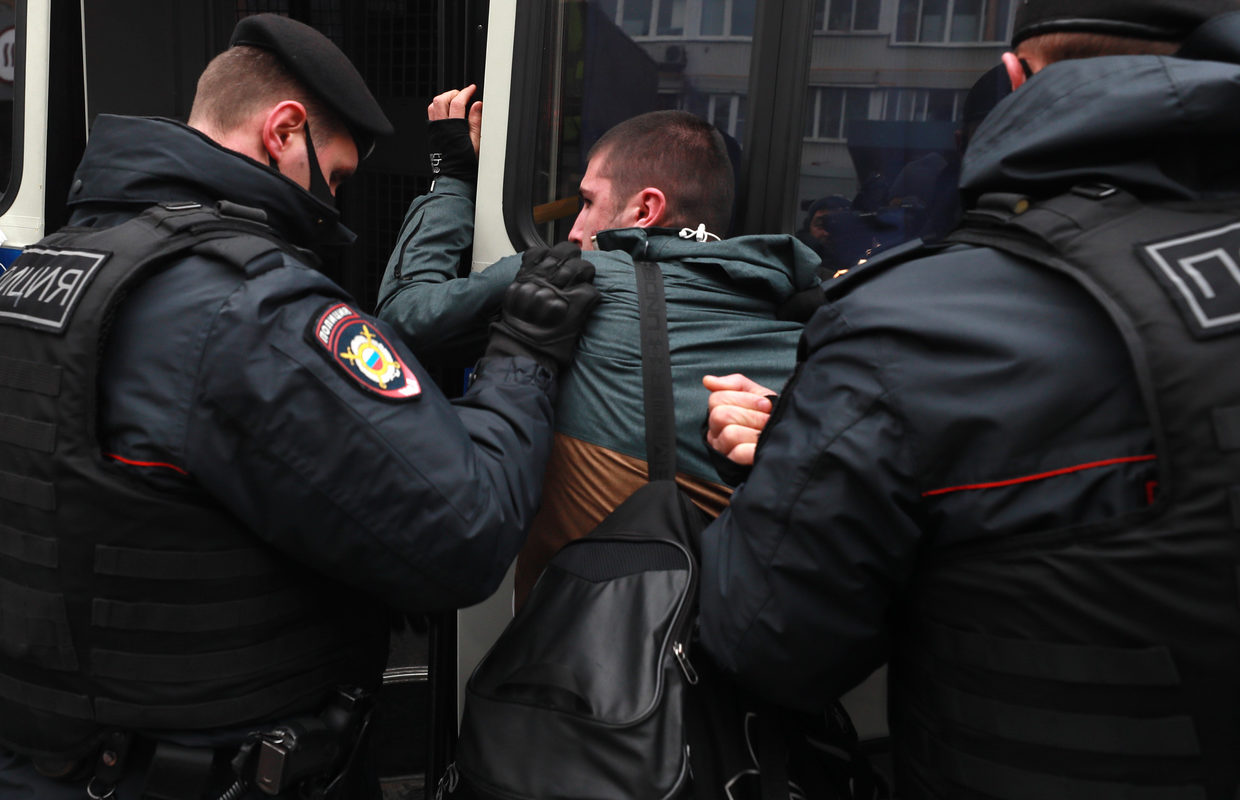 An angry crowd has gathered outside the French embassy in Moscow on Friday to decry French President Emmanuel Macron for defending caricatures of Prophet Mohammed. The rally resulted in several arrests.

Dozens of Muslims joined the action, shouting ‘Allahu akbar’ and carrying photos of Macron with a footprint on his face. A similar picture was earlier reposted on Instagram by Russian MMA champion, Khabib Nurmagomedov, who called the French president “scum” for his views.

A caricature depicting Macron as the devil, which was first published in an Iranian paper, was also on display. Several photos of the French leader were torched during the protest.

At one point, the demonstrators were filmed engaged in a shoving match with police.

At least 10 people ended up being detained, according to RIA Novosti news agency.

A similar gathering was also staged outside the embassy on Thursday, prompting diplomats to ask the Russian authorities to increase security, according to the media.

Muslim rallies against France and Macron have been taking place in many countries after the French leader insisted that the publication of caricatures of Prophet Mohammed, which is considered blasphemy in Islam, was in line with the country’s value of freedom of speech.

Following the beheading of French teacher, Samuel Paty, who showed his students controversial cartoons that had earlier been printed by Charlie Hebdo magazine, he vowed to clampdown on Muslim extremism and ordered the closure of several mosques over claims they promote radical ideology.

The statement led to accusations of Islamophobia against Macron and allegedly provoked an attack on a church in Nice on Thursday, in which two people were beheaded and another fatally wounded.