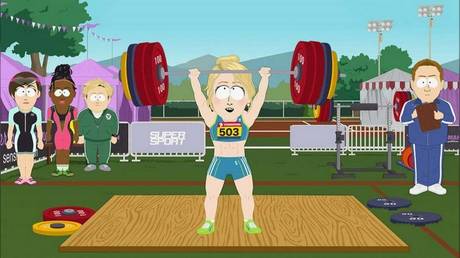 “It seems impossible to overstate the cultural damage done by ‘South Park,’” Schwartz tweeted this week. She continued by saying the show, which has aired 23 seasons since 1997, “portrayed earnestness as the only sin and taught that mockery is the ultimate inoculation against all criticism.”

In retrospect, it seems impossible to overstate the cultural damage done by SOUTH PARK, the show that portrayed earnestness as the only sin and taught that mockery is the ultimate inoculation against all criticism

She also used a rare apology from creators Matt Stone and Trey Parker for one 2006 episode to argue that they themselves may be struggling with the impact of the show, as well as lamenting the fact that so many “boys” have been influenced by the series and worked its brand of humor into their personalities.

It seems lie South Park has been trying to reckon with this—I admit I haven't been watching the show in recent seasons, but I'm fascinated to see this: https://t.co/xjdhGE514y

To be clear, I don't blame the show itself as much as I do the generation of boys who internalized it into their personalities. Which maybe isn't the show's fault!

Fans of ‘South Park’ have defended the irreverent series, while the right-leaning among them have rung the warning bells that this could be another sign of cancel culture creeping its way towards the Comedy Central series.

While cancel culture has claimed victims like Roseanne Barr, ‘South Park’ has managed to navigate its way through an increasingly politically correct landscape by continuing to be the show that satirizes absolutely everyone. It’s the rare comedy that can be celebrated by the right one week, and the left the next. By not allowing itself to get boxed in, it’s been a harder target for those looking for triggering content.

However, Schwartz’s tweets — which did garner some support — and recent outrage over an episode mocking trans athletes certainly suggest ‘South Park’ is treading in dangerous waters, and it could only be a matter of time before it really does get put on the chopping block.

But suggesting it has done “cultural damage” that is “impossible to overstate” sounds far-fetched. ‘South Park’ has always had one goal — to make people laugh while poking fun at everyone. As silly as that can be at times, it’s why this currently bubble-wrapped culture needs it. In this divisive age where arguments, whether social or political, are often taken too seriously, ‘South Park’ is an increasingly important comedy that is able to stick it to authority figures like Donald Trump just as easily as they can mock his self-righteous critics. It’s rare to find that viewpoint in a world where simple binary thinking is too often rewarded.

What Schwartz sees as smugness is actually a complete takedown of smugness in culture, a reminder to not take vicious arguments broken down to two sides so seriously — no matter where you stand.