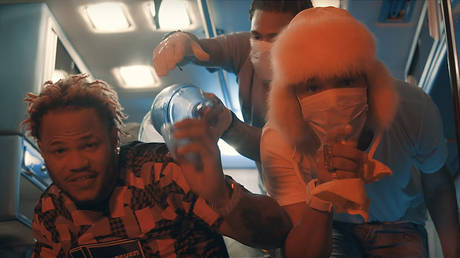 In the wake of the novel coronavirus outbreak in China, mainstream media outlets have pounced on fears of deadly viral outbreaks for easy clickbait headlines. But is there really anything to fear?

The Yaravirus is an up-and-coming media sensation, complete with a tropical home and an evocative name. Found lurking in an artificial lake in the Brazilian city of Belo Horizonte, and named for a mythical mermaid that lures unsuspecting men to their death, Yaravirus has serious potential to generate headlines. The fact that it can only transfer between amoebas, and therefore presents no threat to humans, does not negate that.

Following in the footsteps of seedy Instagram ‘influencers’ and social media ‘personalities’ who wasted no time in generating content based on coronavirus fears, the MSM has jumped on the bandwagon. The Independent, Livescience.com and the Daily Mail Online are among a host of media outlets to have gotten in on the Yaravirus story.

These MSM organizations were eager to point out that most of the genes contained in Yaravirus are new to science, setting readers’ spines tingling. But as most genes in viruses have no equivalents in cellular organisms, this is meaningless. Viruses are so different from the rest of life on Earth that they do not even appear on the Tree of Life – of course the genes were unknown.

What the MSM does not want you to know is that most of the biodiversity on the planet is actually found in viruses. Since 2016, scientists have discovered hundreds of thousands of new virus species in the oceans alone. There are more viruses in one liter of coastal seawater than there are human beings on the planet. Think about that the next time you accidentally swallow a mouthful while swimming at the beach.

Just the other day, in fact, a whole new class of viruses was discovered. Larger than other known viruses, and containing bacterial proteins, they have blurred the line between living and dead even more when it comes to viruses.

Viruses in general do not deserve the bogeyman reputation they are fast acquiring, but are a natural part of the circle of life – and are especially essential to marine ecosystems. The artist Andy Warhol said that everyone gets their 15 minutes of fame. Right now, viruses are having their moment in the spotlight; let’s hope it’s over before too long.