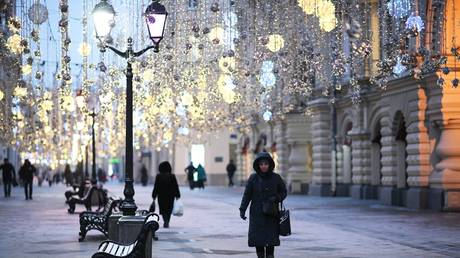 The security policy committee of the parliament in Bern voted on Tuesday in favor of allowing third party countries to deliver Swiss-made weapons to Ukraine. Switzerland’s current laws prohibit such exports to countries involved in international conflict.

With 14 votes in favor and 11 against, the committee approved a motion to amend the War Materiel Act, so it would no longer require the declaration of non-reexport of EU countries that wish to supply Kiev with weapons. The motion proposes to suspend the requirement “in cases where there is a violation of the international ban on resorting to force, and specifically in the case of the Russian-Ukrainian war,” the committee said in a statement.

“A majority of the commission deemed that Switzerland should contribute to European security, which goes through more significant assistance to Ukraine,” the statement added.

One of the proposals involved revoking the non-reexport declaration in cases of a two-thirds majority vote in the UN General Assembly that illegal use of force had occurred. The other, which ended up passing, envisioned an emergency law that would void the requirement specifically for Ukraine, in the contest of the ongoing conflict with Russia, according to AFP.

The change should be enacted “swiftly” and remain in place through the end of 2025, according to the motion. The Swiss government could still veto the transfer of weapons in cases where it would pose “major” risks to Switzerland’s foreign policy. The motion now heads to the full parliament for a vote.

Responding to the minority objections that such transfers would threaten Switzerland’s traditional neutrality, the majority said it considered the motion fully compliant, “since it does not permit direct exports of war material to areas in conflict.”

Russia has already declared that Switzerland forfeited its traditional neutrality last year, when the Alpine confederacy joined the EU sanctions against Moscow over the conflict in Ukraine.

The US and its allies supplied almost $93 billion worth of weapons, ammunition and equipment to Ukraine in 2022, according to the Russian Defense Ministry. Spain had tried to send 35-mm ammunition for German-made Gepard anti-aircraft guns, while Denmark wanted to deliver a number of Piranha III light armored vehicles. As both are Swiss-made, however, Switzerland had blocked their export, Madrid revealed earlier this month.