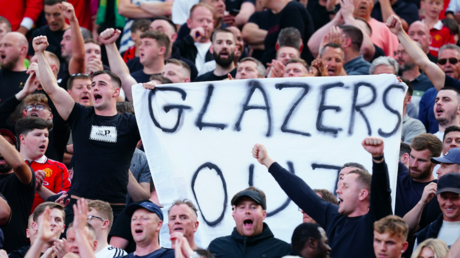 The recent revelation that Manchester United’s owners, the US-based Glazer family, are inviting offers to purchase the club is thought to have piqued the interest of several prospective wealthy suitors, not least of whom is tech giant Apple, in a deal which could make the team the most expensive sports franchise on the planet.

The Glazers have been deeply unpopular figures at Old Trafford for much of their 17-year tenure and, on the same day that United cut loose wantaway forward Cristiano Ronaldo from his contract, a statement was released which said they are considering new “strategic alternatives” which could involve an outright sale of the football club.

“As we announced yesterday, the board went through a process and decided it’s going to look at different strategic alternatives – and that’s what we’re doing,” Avram Glazer told Sky News late on Wednesday.

“We’ll see where that leads us.”

Manchester United co-owner Avram Glazer speaks for the first time since announcing the club could be up for sale…👀 pic.twitter.com/1LJtQ1dlt4

Whether or not a sale is forthcoming remains to be seen, but it is clear that the Glazers’ announcement has caught the attention of a host of wealthy individuals and organizations who sense an opportunity in acquiring one of most famous football teams in the world.

Per Samuel Luckhurst, who is the chief Manchester United writer for the Manchester Evening News, Apple has engaged figures within its organization to explore the possibility of a takeover bid in a potential deal which is expected to top the £4.25 billion ($5.2 billion) sale of Chelsea from Roman Abramovich and investment group Clearlake Capital.

Others are also expected to follow suit. Jim Ratcliffe, the wealthiest man in the United Kingdom and a lifelong Red Devils supporter, expressed an interest in the club earlier this year but was batted away by the Glazers.

Ratcliffe failed with a late bid to buy Chelsea several months ago.

Another magnate linked to the club is billionaire Amancio Ortega, who counts the fashion chain Zara among his financial empire and who has reportedly told his advisers to make contact with the club with regard to a bid.

Another, perhaps more left-field, figure linked is David Beckham, the former Manchester United star who is the owner of MLS club Inter Miami and who, according to the Financial Times, is open to becoming part of a consortium of bidders.