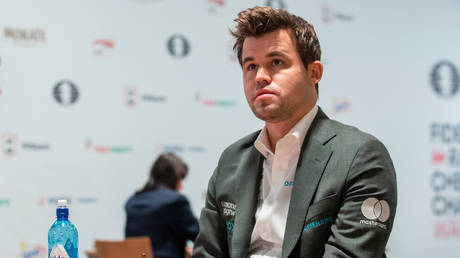 Carlsen’s loss to Niemann caused the Norwegian to withdraw from the Sinquefield Cup in St Louis earlier this month and sparked allegations from respected figures such as Hikaru Nakamura that Niemann had cheated.

Continuing the furor, Carlsen resigned from the Julius Baer Generation Cup after completing just one move against Niemann in a game online.

On Twitter on Monday, Carlsen stated that he believes Niemann has “cheated more – and more recently – than he has publicly admitted.”

The youngster has confessed to cheating online in the past, which saw him previously banned from chess.com, but denies doing so in over-the-board games.

My statement regarding the last few weeks. pic.twitter.com/KY34DbcjLo

FIDE vowed to look into the debacle on Thursday night and revealed plans for a “twofold” investigation “checking the world champion’s claims of alleged cheating by Niemann and Niemann’s self-statement regarding online cheating.”

“The panel will ensure a fair ruling, protecting the rights of both parties during the investigation,” FIDE added.

FIDE, which is headed by Russia’s Arkady Dvorkovich, explained that three members of its commission will form the panel, but it will also be possible to call for a consultation with external experts “wherever analysis is required.”

FIDE pointed to a statement by Fair Play Chairperson Salomeja Zaksaite, who said the body is “ready to examine the circumstances, compile and analyze all the data and evidence available, and ascertain the facts and allegations that have been made public.”

“The panel will ensure a fair ruling, protecting the rights of both parties during the investigation,” FIDE added.

Zaksaite asked the public “to refrain from speculations on the outcomes and potential sanctions until all available facts are well considered, and a proper investigation is finalized”.

Carlsen believes that Niemann’s over-the-board progress has been “unusual,” saying that he “had the impression that he wasn’t tense or even fully concentrating on the game in critical positions, while outplaying me as black in a way I think only a handful of players can do” throughout their Sinquefield Cup meeting.

“I have never cheated in an over-the-board game. If they want me to strip fully naked, I will do it. I don’t care. Because I know I am clean,” Niemann has said in his defense.