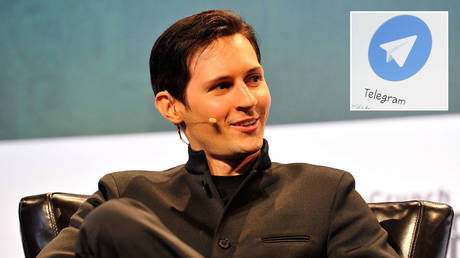 Telegram is being used to target government officials, scientists and doctors over their handling of the Covid-19 pandemic, Germany’s Federal Criminal Police Office (Bundeskriminalamt, BKA) said on Wednesday.

BKA accused the encrypted messaging platform of becoming “medium for radicalization” and announced a crackdown.

“The coronavirus pandemic in particular has contributed to people becoming radicalized on Telegram, threatening others and even publishing calls to murder,” BKA president Hol­ger Münch said in a statement.

“The rule of law must resolutely counter this worrying development. We aim to work with Telegram, but we will take action even if Telegram does not cooperate,” he added.

As part of this effort, the BKA has set up a task force to investigate users who post such content on the platform, with the goal of identifying and prosecuting them. Together with criminal police agencies of German federal states, the BKA will also seek Telegram’s cooperation on investigating “politically motivated crime” and approving its “deletion suggestions.”

BKA announced last week that the number of “political crimes” in Germany last year had risen the fastest in 20 years, blaming them mainly on those who opposed the Covid-19 lockdowns.

Last month, police in the state of Saxony conducted several raids after media reports that some Telegram users, whom AP described as sharing “a rejection of vaccinations” and government coronavirus policies, had discussed plans to kill governor Michael Kretschmer and others.

Describing itself as the world’s “largest independent messaging platform,” Telegram was established in 2013 by Russian nationals Pavel and Nikolai Durov. It is now based in the United Arab Emirates, and has consistently rejected demands for censorship, whether from Russia, the US or anyone else.

“Telegram welcomes peaceful debate and protest, but our Terms of Service explicitly prohibit distributing public calls to violence,” Durov announced in January 2021, amid calls for increased online censorship after the US Capitol riots.

“Сivil movements all over the world rely on Telegram in order to stand up for human rights without resorting to inflicting harm,” Durov said, adding that the platform’s moderators are cracking down on “content that directly incites violence.”

Telegram has since grown in popularity across the globe, gaining 70 million users in a single day in October last year, when Facebook, WhatsApp and Instagram all crashed.