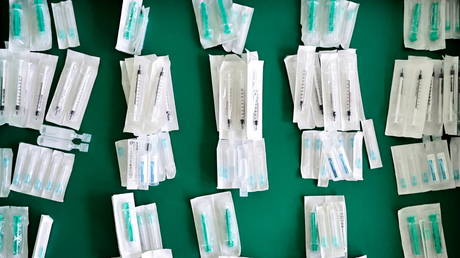 The head of Germany’s disease control and prevention authority, the Robert Koch Institute, has warned the real number of Germans infected with Covid could in fact be even higher than the current record-breaking figures.

Speaking at a press conference along with Germany’s acting health minister on Friday, Lothar Wieler said that the plateau in the number of Covid cases seen in recent days could be down to mere underreporting in several regions. He added that there could be no talk of improvement in the situation at this point, cautioning that the current estimation, which puts the number of Germans infected with Covid at over 1% of the country’s population, is likely two to three times lower than the real number. That would mean that as many as 2,770,000 could be infected by the virus at this point.

The Robert Koch Institute’s president named the “intensified measures” aimed at reducing personal contacts between people as one possible reason for the slight decrease in the number of Covid cases recorded over the past three days. He pointed out, however, that the relative lull could just as likely be the result of an overload at contact tracing and testing facilities at a regional level. Among other things, Wieler spoke of “exhausted laboratory capacities.”

Wieler went on to warn that the “Omicron strain could lead to even more cases than Delta – and that at a time when the healthcare system is already overloaded,” adding that Germany “has no time to lose” and “will not overcome the pandemic until every single resident has immunity.”

The country’s acting health minister, Jens Spahn, in turn, emphasized that Covid infection rates have not yet reached their peak.

The stark warnings come hard on the heels of reports that incoming Chancellor Olaf Scholz is in favor of following in Austria’s footsteps and making vaccination against Covid compulsory come February 2022.