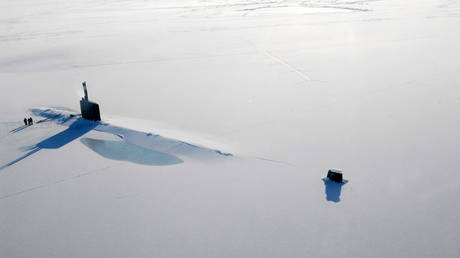 The new government of Norway, a NATO member state, has said that it is planning to phase out the US-led military bloc’s forces stationed near the border with neighboring Russia, instead replacing them with its own soldiers.

“It’s very important for Norway to have a military presence in nearby regions,” Anniken Huitfeldt, Norwegian Minister of Foreign Affairs, told local outlet VG on Friday. “But in our opinion, directly next to the Russian border it’s better for us to handle it ourselves – with the help of Norwegian planes and ships.”

Huitfeldt said that she planned to discuss this question with fellow NATO countries the United Kingdom and United States, and emphasized that she was acting in the interests of her country. She also noted that there were no more American forces near the border with Russia than at previous times in the “post-war period.”

In May, the Russian Ministry of Foreign Affairs accused Oslo of militarizing the Arctic after an American atomic submarine stopped at a civilian port in Troms, in northern Norway. Top diplomatic spokeswoman Maria Zakharova blasted the country for purportedly seeking to exacerbate tensions in the region in order to please the US. She alleged that the port had been “specially modernized for such visits on Washington’s dime” and that it was “another outpost of NATO.”

Norway’s new cabinet, led by Prime Minister Jonas Gahr Stoere of the center-left Labor party, took office in October. Labor is the largest party in Norway, having won the election with 26.3% of the vote, and Stoere presented a minority government including the leader of the eurosceptic Center Party, Trygve Slagsvold Vedum, who became finance minister.

However, he said, the country was working bilaterally with some member states outside of the bloc’s framework. “We have relations with Norway, including in the security sphere. And, in addition to regular security consultations, we would like to start them at a high level between the defense ministries,” he explained.