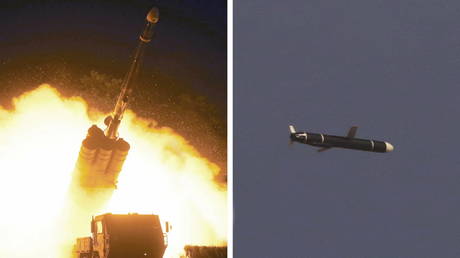 Pyongyang has fired two unidentified projectiles from its east coast into the Sea of Japan, according to South Korea’s Joint Chiefs of Staff and the Japanese Coast Guard.

The projectile, alleged to be a ballistic missile, appears to have landed outside of Japan’s exclusive economic zone, according to the coastguard. Neither Japanese authorities, nor the South Korean military, have shared additional details about the suspected launch.